By HERB SWETT
For the Keizertimes

A 2010-11 budget for the Salem-Keizer School District was approved by the School Board on Tuesday.

Ron Jones, board vice chairperson, was the only director to vote against passage. He argued it would be irresponsible, considering the economic situation of Oregon, to approve an increase in expenditures over those of the current budget. He suggested that the board further discuss plans for new buildings and consider alternative ways to address crowded schools. 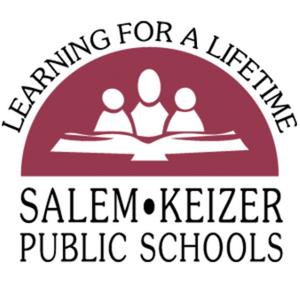 Chairperson Steve Chambers responded that the district is required to have a budget in place by the end of June and that spending adjustments still would be possible.

The board re-elected Jim Green to the budget committee for a three-year term. James Aiken was also a candidate for the position.

Included in the Spotlight on Success presentations was an award of $1,000 to Jim Taylor, director of choirs at McNary High School, as Music Educator of the Year. Taylor, who was absent because of a concert, won the $1,000 from the Oregon Symphony Association after placing first in the Best of the Northwest competition and second in an Oregon School Activities Association competition.

Board members Chuck Lee and Nancy MacMorris-Adix reported on an award ceremony they attended at Claggett Creek on May 21. Susan Castillo, state superintendent of public instruction, gave the school the Closing the Achievement Gap Award.

“Those students were amazing,” MacMorris-Adix said, noting that they stayed for the full length of the program despite the habit of students to leave at the end of the school day. Lee congratulated Pete Danner, principal of Claggett Creek.

The board renewed the charters of Howard Street Charter School and Jane Goodall Environmental Middle School.

Final approval was given to the salary schedule adjustment for principals and assistant principals. It will raise their salaries to 99.5 percent of the average for school districts of similar size in the region and will take effect July 1.

Chambers announced that the next regular board meeting will be July 20.

Personnel actions approved by the board included:

• Employing Marypatricia Hill as a less than half-time counselor at Whiteaker.

• Hiring Beverly Winders as a literacy teacher at Weddle.

• Superintendent Sandy Husk announced the retirement of Tye Wilson as a physical education teacher at McNary.